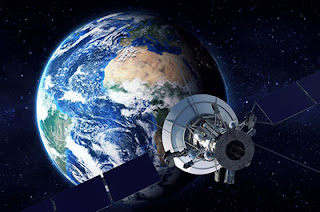 Coming now to the more technical challenges, propulsion systems performance is a significant hurdle to overcome in the space sector (Turner et al., 2009).

Starting with the launch vehicles, their capabilities (broadly speaking, payload size, and thrust) have essentially plateaued, as only relatively minor incremental progress has been made in the last decades. Indeed, materials have improved with the introduction of composites with mechanical properties far superior to the typical alloys that were used at the beginning of the space age. Design and manufacturing techniques have also improved, with progress in software simulation enabled by the extraordinary growth of computer power, or new manufacturing methods such as additive manufacturing. Guidance and control systems have also improved thanks to advances in electronics and software. However, besides the push toward green propellants (Gohardani et al., 2014), nothing substantial has changed with the solid or liquid propellants performance and related technologies, which are key to overall launcher capability (Devezas, 2018). Reusable launchers are being used by a few companies in order to reduce costs or increase launch frequencies, and it is undeniable that costs have slowly come down, although this is largely due to combinations of countries' policies and market forces, but truly economic access to space is yet to be achieved.

On a longer timescale, the challenge is to develop and implement technologies, such as hypersonic air breathing rocket engines2, to be used in hybrid launchers to cut the need for large amounts of oxygen that have to be carried by current vehicles. Launch vehicles that could take off and land as aircraft, without the need for extensive and expensive service between missions, should also be developed. Similarly, in-space propulsion offers opportunities for improvement, in particular on Electric propulsion systems, which are also hybrid systems that would utilize different modes of operation (Levchenko et al., 2020).

Propulsion systems performance are also fundamental to interplanetary missions in terms of enabling faster travel and larger payloads to be delivered where required. Our current limitations in the manned exploration of the solar system are mainly due to the length of travel, which is directly related to the level of performance that is available from existing propulsion systems. Similarly, propulsion systems performance limits our exploration and exploitation capabilities (also for robotic activities) as it is a significant limitation to the mass of payload that can be safely transported to/from other celestial bodies.

Strictly related to human exploration are space health and medicine (Hodkinson et al., 2017), to enable humans to withstand the space environment for long periods, and the creation of artificial habitats in space and on other planets to support a reasonable quality of human life. The challenge here consists in the creation of a whole artificial environment to support people's well-being and physical and mental health, with means protecting against the negative effects of the space environment (Grimm, 2019). Whether we are considering a man-made vessel for long distance space travel or a space platform for large-scale human inhabitation or a planetary colony, some challenges overlap. These overlapping challenges include the need to create efficient closed loop systems to replenish resources and minimize waste, with the common goal to generate an artificial ecosystem for the long-term support of human life 3. 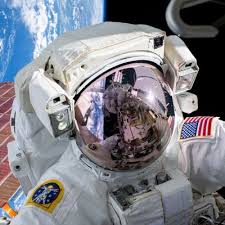 The ISS is the largest and most expensive technology that has ever been built, weighing almost a million pounds and costing approximately $160 billion to date. This high-tech technology allows its passengers to travel at five miles per second, meaning it would only take 90 minutes to orbit the Earth. It also allows up to six spaceships to be connected to the station at once. Although this technology is very advanced, it takes a lot of work to maintain. Over 50 computers control the systems on the space station and more than three million lines of software code on the ground support over 1.5 million lines of flight software code. Although these space expenditures are costly, they are very rewarding. The ISS serves as a science laboratory and because of it, we are learning more about the effects of space on the human body, both physically and psychologically. 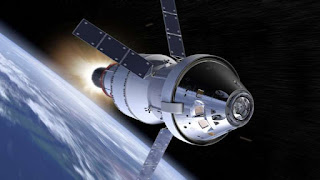 The world already benefits greatly from space technology, especially in terms of communications, positioning services, Earth observation, and economic activity related to government-funded space programs. Humanity’s outer space capability has grown remarkably since 1957 when Sputnik was launched. Since then, we have witnessed humans land on the Moon, 135 flights of the Space Shuttle, construction of the International Space Station (ISS), and the launch of more than 8,100 space objects, including dozens of exploration missions to every corner of the Solar System. In March, the US announced an accelerated schedule to permanently return humans to the Moon in 2024. Many other nations are also focused on a return to the Moon. With an explosion of more than 2,000 commercial space companies, including those building communications satellites, orbital launch vehicles, rovers for the Moon and Mars, orbital habitats, space manufacturing platforms, and space greenhouses, the world’s commercial space capabilities are quickly expanding beyond our satellite industry, which over the last year already brought in more than $277 billion in global revenues.

Low launch costs will continue to dramatically change the economics of many space business models, enabling a new era of capabilities once thought prohibitively expensive.

One reason for this recent explosion in space-related activity is the plunging cost of launch to low Earth orbit (LEO). Launching to LEO in the past has been among the most expensive element of any space endeavor. Historically, costs have averaged more than $10,000 per kilogram of launched mass. Recently, however, space companies including SpaceX, Blue Origin, and United Launch Alliance (ULA) have been successfully pursuing reusable launch vehicle technology that promises to significantly reduce the launch cost to LEO. SpaceX’s Falcon Heavy now boasts the lowest cost in the industry, with a base price of $1,655 per kilogram to LEO.[1] SpaceX’s long-term ambitions, as well as that of many others, are to lower this cost to $100 per kiogram or less.[2] Such low launch costs will continue to dramatically change the economics of many space business models, enabling a new era of capabilities once thought prohibitively expensive.

Other technologies, such as manufacturing materials in space from resources found on the Moon, Mars, or asteroids, could further improve the economics of space activities by dramatically reducing the amount, and hence cost, of material launched from Earth. A prime example is sourcing rocket propellant in space from water-rich regions of the Moon or asteroids, which could lower transportation costs to locations beyond LEO.

Space technology is technology developed by space science or the aerospace industry for use in spaceflight, satellites, or space exploration. Space technology includes spacecraft, satellites, space stations, and support infrastructure, equipment, and procedures and space warfare. Space is such a novel environment that attempting to work in it requires new tools and techniques. Many common everyday services such as weather forecasting, remote sensing, GPS systems, satellite television, and some long-distance communications systems critically rely on space infrastructure. Of the sciences, astronomy and Earth science benefit from space technology.New technologies originating with or accelerated by space-related endeavors are often subsequently exploited in other economic activities.